Marta Soler-Gallart is Professor of Sociology at the University of Barcelona and Director of CREA (Community of Researchers on Excellence for All). She is President of the ESA (European Sociological Association) and Editor of “International Sociology”, one of the two journals of the ISA (International Sociological Association). She has been at the Governing Board of the European Alliance for Social Sciences and Humanities (EASSH) between 2016 and 2019. She was the first researcher in SSH at the ORCID Board of Directors between 2014 and 2016. She obtained her PhD from Harvard University in 2001 and some years later she lectured about this work at the University of Wisconsin, Madison, under the title: “Beyond Bourdieu”. Back in Spain she continued with a focus on the analysis of communicative acts, as applied to gender inequalities and gender violence. She is the Main Researcher of the H2020 Project “SOLIDUS” on the analysis of solidarity acts during the crisis in Europe. Besides, she has been the Knowledge Management Coordinator of the FP7 Project “IMPACT-EV” on evaluation of scientific, political and social impact from research. She recently published the book "Achieving Social Impact. Sociology in the public sphere" (Springer). 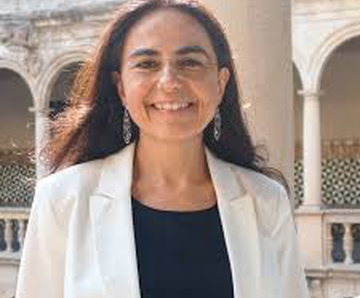