Sari Hanafi is currently a Professor of Sociology at the American University of Beirut and Chair of Islamic Studies program.  He is the President of the International Sociological Association (2018-2022) and previously its Vice President and member of its Excitative Committee (2010-2018). He is as well the editor of Idafat: the Arab Journal of Sociology (Arabic). Recently he created the “Portal for Social impact of scientific research in/on the Arab World” (Athar). He was the Vice President of the board of the Arab Council of Social Science (2015-2016). He holds a Ph.D. in Sociology from the Ecole des Hautes Etudes en Sciences Sociales-Paris (School for Advanced Studies in the Social Sciences) (1994). He has also served as a visiting professor/fellow at the University of Poitiers and Migrintern and the Fondation Maison des Sciences de l’Homme (France), University of Bologna and Ravenna (Italy), Chr. Michelsen Institute (Bergen-Norway), Doha Institute for Graduate Studies.  Hanafi was also a former senior researcher at the Cairo-based French research center, Centre d’études et de documentation économique juridique et sociale (1994-2000). He is the author of numerous journal articles and book chapters on the sociology of religion, sociology of (forced) migration; politics of scientific research; civil society, elite formation and transitional justice. Among his recent books are: Knowledge Production in the Arab World: The Impossible Promise. (with R. Arvanitis) (in Arabic, Beirut:CAUS and in English, Routledge -2016); From Relief and Works to Human Development: UNRWA and Palestinian Refugees after 60 Years. (Edited with L Takkenberg and L Hilal) (Routledge- 2014). The Power of Inclusive Exclusion: Anatomy of Israeli Rule in The Occupied Palestinian Territories (Edited with A. Ophir & M. Givoni, 2009) (English and Arabic) (NY:Zone Book; Beirut:CAUS), The Emergence of A Palestinian Globalized Elite: Donors, International Organizations and Local NGOs (with L. Taber, 2005) (Arabic and English); Pouvoir et associations dans le monde arabe (Edited with S. Bennéfissa, 2002) (Paris:CNRS). He is the winner of 2014 Abdelhamid Shouman Award and 2015 Kuwait Award for social science. In 2019, he was awarded an Honorary Doctorate (Doctor Honoris Causa) of the National University of San Marcos (the first and the leading university in Lima- Peru – established in 1551).
President, International Sociological Association 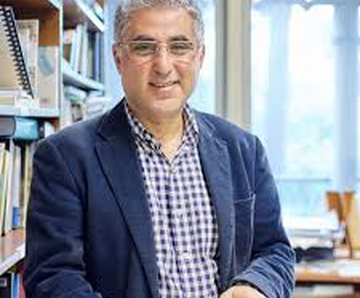