Jorge Botelho Moniz is a PhD candidate in Political Science, in the sphere of Political Theory and Analysis, at the New University of Lisbon. He is currently a fellow in the Postgraduate Program in Political Sociology of the Federal University of Santa Catarina, sponsored by the Erasmus Mundus Action 2 Programme of the European Union (2014-2016) and by the FCT - Foundation for Science and Technology (2016-2019). Furthermore, he has a Bachelor's degree in Political Science and International Relations and a Master's degree in Law, in the field of Philosophy of law, by the New University of Lisbon. In 2014 he was visiting scholar in Sciences Po Paris - University of Poitiers. He is a national correspondent for the scientific network EUREL (EUrope - RELigion).

His research focuses essentially on two scientific realms: a sociological realm, on secularization, and other on the realm of political science, on secularism. Within these topics of work, besides the several national and international papers, he has been promoting and organizing scientific events, namely with the ABHR - Brazilian Association for the History of Religions, with the PPGSP - Post-graduate Program in Political Sociology of UFSC, and with the IHC - Institute of Contemporary History (UNL). He has co-organized the thematic issue on "Sociology of religion today: secularization(s), secularism(s) or laïcité?", in the journal Politics and Society (Brazil). 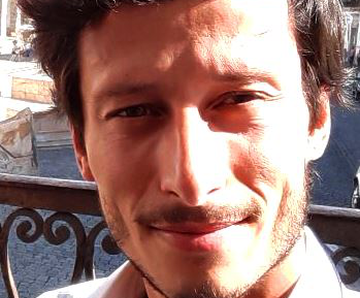